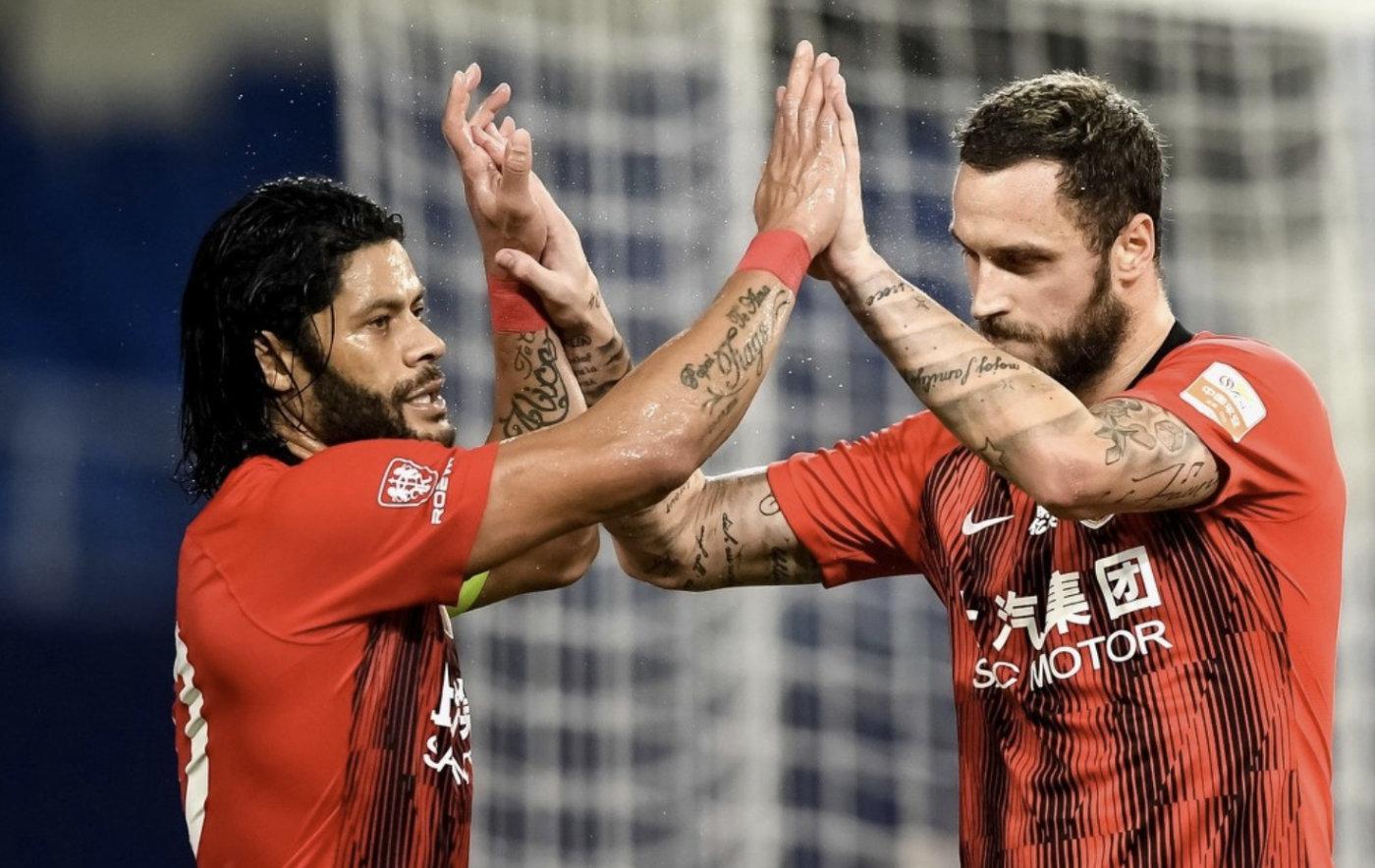 Fighting Guoan, SIPG has no "pressure"

In the match against Yongchang, SIPG hardly left behind. Hulk, Mui, Anautovic and Oscar all started, and domestic players were also the main players. It can be seen that they have great ideas about winning the first place, especially when Guoan beat Huang Hai 5-1.

Although Yongchang’s lineup was thin, the anti-counterfeiting skills caused a lot of trouble for SIPG. SIPG failed to score in the first half. It was not until the 71st minute that SIPG broke the game with a penalty kick-SIPG’s corner kick, Liu Xinyu headed. The ball was cleared but hit Liao Chengjian's hands, the referee awarded a penalty kick, Hulk took the penalty, and this was the only goal in the game.

Wang Shenchao revealed that before the match, they carefully studied the opponent, "We played very hard in the last match, and the opponent's defensive formation was very tight. In order to break the dense defense, we prepared many plans. On the court, we created Opportunity, this victory is the result of everyone's joint efforts. There are two more games in the first stage, and we can have a satisfactory result."

In the next round, SIPG’s opponent is Guoan. The current lead is 4 points. If they lose, the suspense at the top will continue to the last round, but as long as they do not lose, they will be locked in advance.

For the Yongchang match, the outside world originally thought that SIPG would have reservations, but in fact, Pereira did not do that. As for whether it will affect the next round of competition? Pereira did not directly answer, "When the game is in a stalemate and the situation is dangerous, rotation is difficult. Guoan was 3-0 in the first half, so their rotation is relatively easy. For Yongchang and Guoan, as long as they win, It’s all 3 points, so every 3 points are very important. We want to take all 3 points, the rotation is more difficult, we also know that the rhythm of a game in the next three days, the team recovery is difficult Yes, we will work with the medical team to do our best to do this job well."

It can be seen from Pereira's words that the Portuguese still attach great importance to the game against Guo'an. In the first round, they reversed 2-1; in the second round, they tied for the first place in the group.

For SIPG, the biggest problem at the moment is physical fitness. Compared with Evergrande and Guoan, their rotation range is not large. However, there are only two games left in the first stage. Before the second stage starts, they have at least half of them. Month adjustment time.

Judging from the players' playing time, Yan Junling maintained full attendance, starting 12 games and playing full games; ranked second is Wang Shenchao, who started 10 times in 12 games and started 2 times with 950 minutes of playing time; ranked third is Oscar, All 11 games started, only one time was replaced, the time was 945 minutes, the replacement was a game against China, only half of the game did not insist, and in the end, SIPG also lost the game.

This season, Oscar is the absolute core of SIPG, the midfield metronome. Although Hulk is still the captain, he is not the most important person on the team who will leave at the end of the season. As the deputy captain, Oscar has replaced him. Status.

It can be said that the Oscar is a barometer of SIPG's performance. The Brazilians perform well and the team will play easier. If the status is not good, SIPG may be in trouble. As of the 12th round, Oscar has scored 5 goals, in addition to 8 assists. In the game he scored, SIPG had four wins and one tie. In the game against Guoan, Oscar passed and shot. That game was also his brightest game of the season.

"For the current data, I am quite satisfied." Oscar said, "I always hope to find the best condition to help the team, such as passing more passes to teammates, passing key balls, and sometimes no goals are scored, but I will continue to play this way."

However, from the game against Yongchang, Oscar was a little tired. During the game, the opponents did a good job of restricting him. Oscar obviously couldn't run, and the fatal pass no longer existed.

In the game against Guoan, if there is no accident, Oscar should start, and the opponent will definitely guard against him. It is possible to use two people against him. At this time, Oscar needs help, that is, Mu Yi.

Compared with Ahmedov, Mu Yi has stronger passing ability, but there is a certain gap between breakthrough and forward. In addition, in terms of running-in, he is not as good as Aiha.

In the match against Yongchang, Mu Yi played the whole game. It can be seen that his physical condition is not problematic, but he has not yet reached his best condition. In the past few games, Pereira deliberately helped Mu Yi through the game after training. Improve physical fitness and feeling.

At present, Mu Yi has played 3 games, two in the Super League and one in the FA Cup. In addition to playing the full game against Yongchang and against Zall, he came off the bench in the second half and contributed a goal; against the Chongqing FA Cup. , Also played in the second half.

In the game against Guoan, Mu Yi should start the field and form a midfield dual-core with Oscar. SIPG hopes to control the initiative in the midfield in the absence of the opponent Augusto.