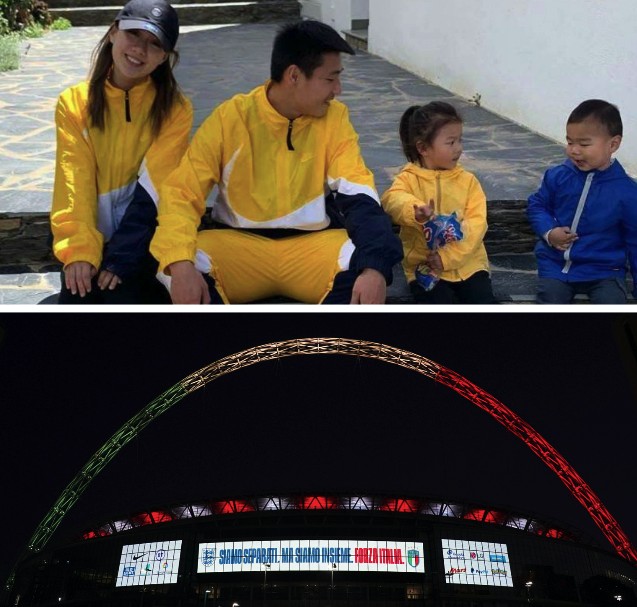 Last night, CCTV host Bai Yansong connected with Wu Lei. The latter introduced his current situation. He said that his symptoms had basically disappeared on the 18th, and his physical condition was completely fine and would not affect his career. Thank you everyone. Care.

Yesterday afternoon, the new women's football training squad was released. Wu Haiyan and Li Ying led the entry. Wang Shuang and other stranded Wuhan players were not selected. The team will start training in Suzhou from April 2 to 30. Reporter Yuan Ye said that Wang Shuang and others will be added to the national team after the ban in Wuhan is lifted and the players have been tested without any problems.

Before the start of China's ban on the entry of foreigners, the three foreign aids Hulk, Oscar, and Lopez from the SIPG team arrived in the country last night with a chartered flight "buzzer", in compliance with the entry rules, and has successfully entered the customs. The international impact of the new crown pneumonia condition is becoming more and more serious. The friendly match between England and Italy that was originally scheduled for today has long been cancelled. However, the three-color light of the Italian flag was lit up at Wembley Stadium to encourage everyone to join hands and fight together. Epidemic.

Please see the details below.

On March 27, 2020, Beijing time, the host of CCTV's "News 1+1" Bai Yansong connected with Wu Lei in Spain. Regarding the fans' concern about him, Wu Lei said that his symptoms had basically recovered on the 18th. Will not affect your career.

In the new list, Wang Shuang, Yao Wei and Lu Yueyun, who were stranded in Wuhan due to the epidemic, have not yet been selected. They were unable to participate in the women's Olympic preliminaries previously held in Australia because of the epidemic. According to the previous announcement, from April 8th, Wuhan City will lift the control measures for the Lihan Li Hubei passage. At present, the bodies of these three nationals are not abnormal. If all goes well, they have the conditions to leave Wuhan after midnight on April 8. The women's football training camp started on April 2 and lasted until the 30th.

On the evening of March 27th, Beijing time, a chartered plane carrying three foreign aid from Shanghai SIPG has entered China's airspace, and they will comply with entry regulations.

It is almost 15 days before Valencia players and staff have detected cases of new crown pneumonia. According to Radio Marca, a total of 25 people in the club have been infected. 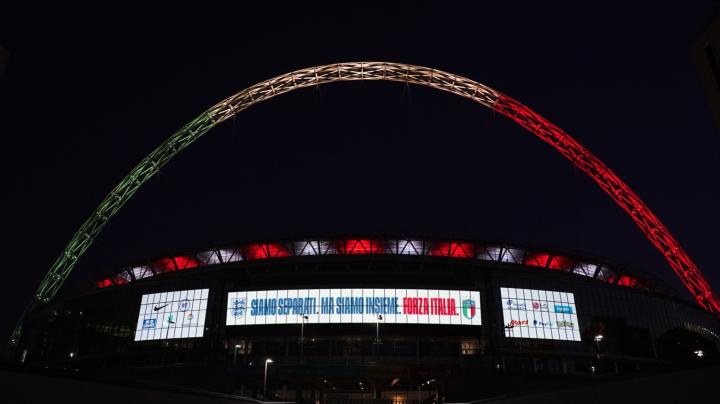 Affected by the epidemic, the friendly match between England and Italy that was originally scheduled to be held today was cancelled, but the green, white and red lights of the Italian flag were illuminated at Wembley Stadium to encourage everyone to unite in the fight against the epidemic. 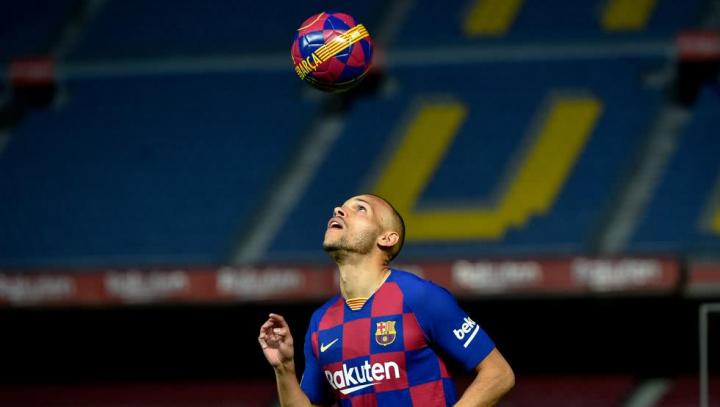 According to the "Daily Sports" report, Barcelona's offer to Breiswaite will not be less than 18 million euros. Serie A teams are interested in him, but Barcelona clubs are also willing to keep this new aid.

According to "Daily Sports" news, Barcelona believes that bringing Neymar back with the Webster Regulation will damage the club's image, and they are prepared to abandon this plan.

Due to the outbreak of the new crown epidemic in Spain, De Gea recently donated 300,000 euros to the Madrid health department.

According to Sique Rodriguez, the anchor of Radio Serre, Barcelona will give the players 5 days to consider the salary reduction plan. If no agreement is reached, the club will adopt a forced salary reduction.

According to "Marca" citing news from the Italian media "News", Juventus once again showed interest in Real Madrid defender Marcelo and is willing to offer him a four-year contract. On March 27th, Beijing time, Evergrande coach Cannavaro published his observation book on the release of medical isolation and said that his life is returning to normal. The results of the epidemic here will give Italy strength and hope.

Reporter Yuan Ye wrote an article to analyze the reason why Wang Shuang was not selected for the women's national team training list, only because Wuhan is still in the lockdown stage, so Wang Shuang was temporarily suspended to join the team. The national team will issue a supplementary notice after Wuhan lifts the ban and the body test is unharmed, re-recruiting Wang Shuang.

According to reporter Zhao Yu, even if Alan holds a Chinese passport, it is very difficult to fly directly back to China from Brazil. There is a question mark whether he can return to the team.

According to the Turkish media "fanatik", Evergrande’s foreign aid Taliska hopes to return to Besiktas after the implementation of the salary limit order in the Super League, and Besiktas is also working hard to introduce Talisca.

On March 27th, Beijing time, FIFA officially announced the new issue of the World Women’s Football Ranking. The Chinese women’s football team ranked 15th in the world and 4th in Asia, unchanged from the previous issue. According to Passione Inter news, Guangzhou Evergrande coach Cannavaro talked about his current situation and the past of Materazzi on Zidane's head during his Ins connection with Materazzi. He said: "I will You can go out after one day of quarantine; Mommy, fortunately Zidane was not on top of me."

Affected by the new crown pneumonia epidemic, the Premier League has now been suspended. In an interview, Lingard talked about how he maintained his state and said that he was learning to cook.

Bruno Fernandez stated in an interview that the transfer market today is very amazing. His transfer fee for the winter window is too high and he can buy a Golden Globe player in the past.

Dybala, who was previously diagnosed with new coronary pneumonia, talked about his current physical condition in an interview. He revealed that his illness was very strong a few days ago, but now he feels much better.

The veteran of the Real Madrid basketball team and the All-Star point guard Doncic who currently plays for the NBA team Dallas Mavericks admitted in an interview that he was so nervous when he met Ronaldo a few years ago that he even said no. Speak out.

According to The Sun, Beckham's 71-year-old father Ted and his lawyer Hilary Meredith announced their engagement. 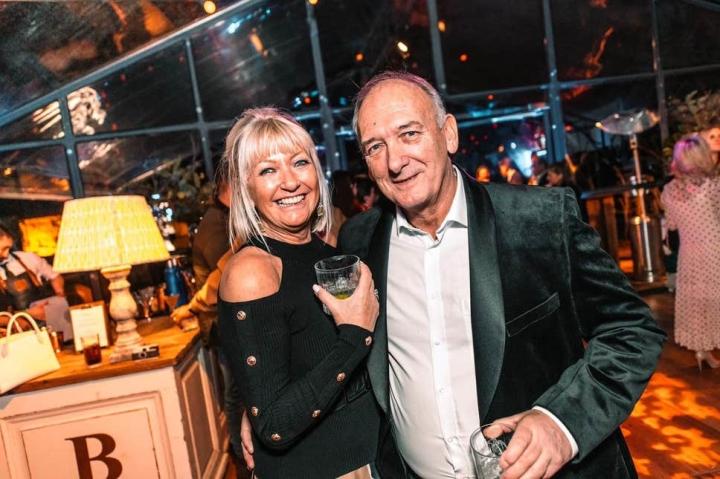 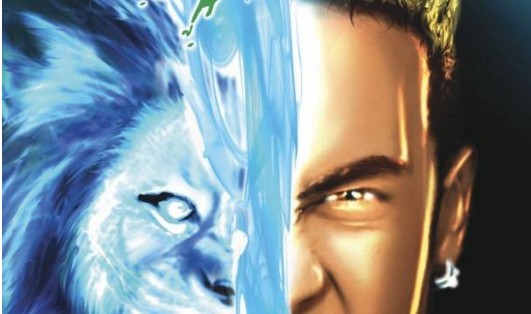 According to the Canal Supporters website, in response to the turbulent new crown epidemic, many governments issued blockade orders, requiring people to stay at home. During this period, Paris star Neymar announced that his comic APP will be free to read for everyone, especially Children read and watch.