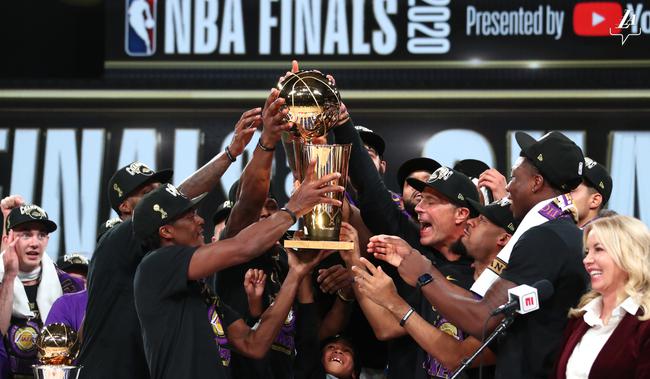 29.8 points per game, 11.8 rebounds, 8.5 assists and 59.1% field goal percentage. All four statistics lead the team! This is the tenth time that James handed over the data sheet in the finals. After six bloody battles, the 31-year-old Butler was tired, the 27-year-old thick eyebrow brother was injured, and the 36-year-old James was still the fiercest player in the game in the face of repeated crimes by the tough guys! Holding two gold cups in hand, James put a perfect end to his 17th season!

In the 17th season, James once again played a Grand Slam. He was selected as the All-Star starter for 16 consecutive years, and was selected as the best team for 17 consecutive years. He has risen to the third in the historical scoring list, won the first assist king, the fourth championship and the fourth FMVP! In the data list of the playoffs and finals, James directly slaughtered the list! If he had not seen more and more white beard and hair less and less, who would dare to believe that this is a 36-year old man?

How can a 36-year-old veteran do all this? Since last year's offseason, he will get up at four in the morning to train. The four-month suspension period has caused many players to give up resistance and become fat houses. For example, a certain Mr. Paul George, who did not want to be named, wore a swimming ring after the rematch and played the worst performance of his career. However, Lao Zhan always insisted on high-intensity training at home! Even after gaining a 2-0 lead in the finals, he will study the game video until 4:30 in the morning. Compared to James holding two gold cups under the spotlight, the James who worked silently in the middle of the night is perhaps more worthy of respect!

A daughter is easy to get, but a friend is hard to find! In addition to the championship and FMVP, James also harvested the most perfect teammate this season! Don't rush to complain for your ex, after all, this is officially certified by Sao Wei!

U1S1, Wade was able to successfully integrate with James at the expense of the ball back then, but now his thick eyebrows fit seamlessly! An unreasonable outside organizer, a rogue inside finisher, Lao Zhan with thick eyebrows, bad luck hitting anyone! In terms of strength, Nong Mei is the first teammate to average more points per game than Lao Zhan in the playoffs, and he has abused all the major insiders all the way; in terms of mentality, Nong Mei also fully recognizes Lao Zhan's leadership! After all, people who are young are the fans of Lao Zhan. Not only do they have a daily poke online, they have also participated in Lao Zhan's training camp offline!

This season's Takashi coach trained a golden bell, suffocating his energy to shoot, this body, I admit that I am greedy! Although he did not meet Paul in the end, Rondo's playoff performance is still really good! In the first two games of his comeback, Mosaic also let him go! In the third game, he was shot randomly and beaten into a sieve! In the finals, Rondo's three-pointer became a conventional weapon! Over 40% of three-pointers! The Greens refused to vote to become a Lakers shooter! Ye Qingjie!

Rondo is not only a powerful center who can shoot three pointers, but also an assistant coach. With this wave of overall situation and tactical quality, Vogel directly called the master to be by my side! From the time when he commanded the test of God to play the key defense against the air, to now temporarily rewrite the script to assist the thick eyebrow buzzer lore, the player under Long's guidance has always been on the fifth floor! After helping the Lakers climb to the top, he also became the second player to win the championship in both the Lakers and the Lakers after the Hall of Famer Clyde LaFollet.

During the Finals, Howard recalled the scene of a fallout with the Lakers seven years ago. He said that he was so angry that he vowed that he would never play for the Lakers again. But now the Happy Beast has found the long-lost happiness in the Lakers. It really can be said that Jingze's words of anger, the world is full of hearts! Jinmen's first Master Huo, in the 16th season of his career, played a perfect redemption journey. He offered to sign an unguaranteed contract and was willing to substitute McGee, who had been beaten countless times by him, as a substitute. He even had no complaints about being held on the bench in the series against Mosaic! In the Western Conference, he even gave Teacher Yue a lesson. Sending hot pot on the court, reporting the name of the dish off the court, the three-time best defensive player, do you think it is a joke?

He has both offensive and defensive style, tough style, won the championship at a young age, and now plays for the Los Angeles team, the fans kindly call him Xiaoka! He is the goat that James believes in his heart-the famous card... Russo! Don't look at Kahuang's visual age of 62, but he is only 26. Today's Lakers guard group is also the most violent player in his game. When he goes bald, he makes a dunk and catches up with a blood cap. Thinking back then, he was a loser. From the summer league, mixed to the development league, and now holding the championship, this wave of inspirational counterattack and worship!

was also made by the Development Alliance, and Greene was a little bit obsolete this year! Looking back at his performance in the playoffs, although it is not a slight downturn, it can be said to be useless at least. I can bear 30% of the three-pointers, but what the hell is this 60% of free throws? You know, Master Huo’s free throw percentage this year is 70%! In the finals, Tielin began to pass from person to person! Teacher Bo, who once played the iron law of winning, is unfortunately infected! 2 in 11! 1 in 8! 1 in 4! 0 in 3! Those who watch the ball know that this string of numbers refers to your three-pointers, and those who don’t watch the ball think that Xiegou put the lottery to buy a limit! It can be said-who strikes iron frequently? Lakers Danny Green! Who is Green? Cardwell Pop! Come! U.S. emperor up masters the liver giant system! Tielin playoff highlights collection, shocking!

I think back then, the four young Lakers, the four young men, looked prosperous, looked at the record, smiled to the Lord! And now, the only Kuzma who has not been traded is finally able to see the moonlight! The little lore is throwing, the little ring is wearing, the little girlfriend is hugging, the little aunt is petting, isn’t this the legendary person winning? No wonder it is said that basketball is not about playing and killing, but basketball is about humanity! Familiar with "Emotional Intelligence", walk to the pinnacle of life in minutes!

In addition to the big brothers mentioned above, the Lakers championship puzzles are also impressive! Four-year triple crown My boy; security captain Dudley; life to be strong for Waiters; JR turned into a mascot; even Tucker became the first post-zero champion in the NBA! The only regret left by the Lakers is probably Bradley, who refused to participate in the rematch.