Recently, China Judicial Documents Network published a criminal ruling issued by the Nanjing Intermediate People's Court. Among them, former Shenzhen Kaisa player Wang Zihua was sentenced to one year’s imprisonment for one year and six months of probation for illegal possession of guns. 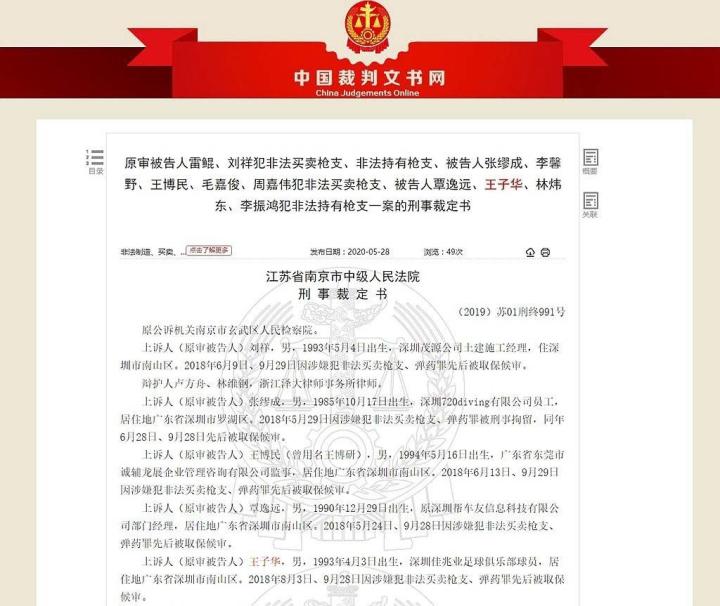 According to the "Oriental Sports Daily", the player has joined the Shenzhen Red Diamonds (now Shenzhen Kaisa) since 2014. The last time he appeared in the public as a deep football player was the end of last year. At that time, he participated in a charity activity. In addition, on June 23 this year, Guangzhou R&F Football Club celebrated its 9th birthday, and Wang Zihua as a former R&F player also rushed to Guangzhou to participate in the celebration.

Regarding the player’s situation, a reporter from "Red Star News" also asked the Shenzhen Football Club for verification. The relevant person said: He is no longer our player and has already left the team this year, so he cannot be said to be a Shenzhen Kaisa Club player. Can be regarded as a'former player'.