Atletico Madrid's first La Liga match of the season, winning Granada, is not unusual, but Simeone's team won a big score of 6:1, which was a bit of a sensation. Suarez's first show was 2 goals and 1 assist in 20 minutes. It really made Chikuabatomeu a lot of merit, but it was Felix's 1 goal and 1 assist that really made Simeone laugh with his mouth.

Felix’s goal relied on Costa’s screen, and then broke through the entire line of defense. His sense of smell and starting speed in front of the goal were played to the full. And his assist, holding the ball to the opponent’s defensive center of gravity to the left. The side, and then passed the top pass to the weak defensive right side, giving Correa a chance to easily go head-to-head, fighting for vision and passing skills.

The sense of smell, speed, vision, passing, these are all the skills Felix played well in Benfica, pressing the bottom of the box, not hand-crafted. And when Felix can easily take out all of these skills in the game, even Atletico's offensive can also destroy the day. This is what Simeone wants to see most. Let's put it this way, what makes Simeone's heart happy, except for not meeting Ronaldo, it is Felix that, like in the game against Granada, finds some comfortable playing. Feel it.

In the next two league games, Felix and Suarez joined forces to start, which should have stirred the world, but the situation on the court changed suddenly. In the face of Huesca, who has conceded goals on every field, and Villarreal, who ranked first in the number of goals conceded in La Liga, Atletico has no particles, and this pair of year-long attack line has a total of 11 shots and 2 hits. Yes, both in terms of quantity and quality, it is a bit counterfeit. 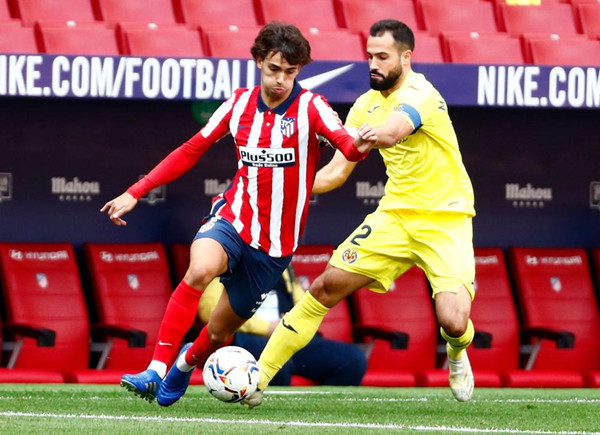 It's not that the fermentation of Felix and Suarez during the honeymoon period was compromised, but Michele and Emery copied the homework of last season to copy, give up possession, and protect their penalty area into a hedgehog. Atletico Madrid Naturally, there is no way to speak. In the game against Granada, Atletico did not have a possession rate of 55%, but the autumn leaves-like attack has never been interrupted, and goals have sprung up, and the two games with Huesca and Villarreal averaged He got a ball possession rate of more than 60%, but he was siege but not attack. Every time he kicked on the iron plate, the result was naturally bitter.

In the match with Granada, because Atletico took the lead early, Granada had to advance the line to make Atletico's counterattack useful. In addition, Carrasco and Correa repeatedly pulled on the sideways, which meant that "there is not enough creativity to make up for it". Atletico is already good at defending against counters, and the ability to switch between offense and defense may be second only to Liverpool in Europe. In addition, there is enough space to use. In this game environment, Felix plays so relaxed and happy. Not surprisingly.

In the next two games, Felix was uncomfortable. The opponent swung the barrel and drove the Atletico Madrid attack group outside the penalty area. In many cases, Felix was forced to retreat to the vicinity of the middle circle to connect, which was too far away from his attack range. In order to take care of the defensive comprehensiveness, Simeone never let Carrasco and Correa start together. Saul, Llorente, and Vitolo were all true, and they were able to put the 442 formation smoothly, but They can't make room for life, the width of the field is missing, and Atletico Madrid's offensive system is simple and rude, lacks rapid advancement, and most of the players are on standby. These are the playing patterns that Felix can't digest.

In fact, Simeone knows that the team is powerless in defense. He has always wanted Felix to connect the team's offenses and knead them together. Compared to Lemar, it is patience. But as I said before, when Felix was first promoted to Benfica’s first team, he was seen as the next Rui Costa. Halfway through the season, outsiders, as well as himself, felt that the idol Kaka was his template. Now it seems that the killer in the penalty area is his talent. With a height of about 180 cm and a somewhat thin body, he has a cheetah-like instinct for the timing of goals. Perhaps Inzaghi is more suitable for Felix to chase. aims.

No, this is the gap between Simeone’s expectations and reality. As a semi-finished Felix, his position on the court is changing with each passing day, and now he is required to be responsible for the brakes and throttles of Atletico’s offense, forcing him to use what he is not used to. It’s a bit cruel to play football in the same way. This is why, in order to catch up with the game of his own appetite, Felix can go to the world, but when encountering the mode of not catching a cold, the Portuguese immediately becomes a common man.

But the offensive system has never been polished into shape, for Atletico Madrid, it is just like a throat. Indeed, relying on their iron defense and tenacity, Simeone's team can contribute great passionate games. For example, Atletico Madrid eliminated Liverpool in the Champions League last season, which may be the most breathtaking performance of Atletico last season. But this is not a long-term solution after all. Just like the plot in "Slam Dunk", Xiangbei was able to eliminate the defending champion Mountain King by relying on the belief of "dominance of the country", but then immediately defeated Shangai and the Academy. In the football world, the capital to rely on is ultimately a balance between offense and defense. 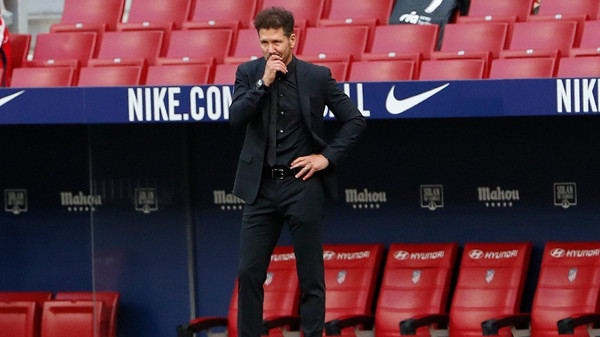 And to replace Morata with Suarez, tactically speaking, it's not very clever. When Atletico Madrid was forced to a dead end, even Trippier couldn't use Morata's assassin. But this may be Simeone’s last trick to inspire Felix, because Suarez is indeed a good drug primer for Felix...

Costa and Griezmanda reached the peak of their careers at Atletico Madrid, and more depended on their own exploration. Before Costa opened his Atletico glory era at the age of 24, he spent the past 6 years with 7 teams, all ups and downs. They've tasted it all, and before Griezmann came to Atletico at the age of 23, he had been playing in the Second Division. Their experience made them not afraid to cross the river by touching the stones...

And so far, Felix, who has gone smoothly so far, has reached the first crossroads of his career. He can no longer play the game with his temper, but must learn to link Atletico's offense, otherwise he may meet Atletico. It was a tie after another. He needed someone to help him clear the way and give him some guidance. Simeone is very knowledgeable in attacking, but Suarez is a prosperous master. In Liverpool, he brought Sterling out. Suarez is too experienced at least in terms of guiding the golden boy. 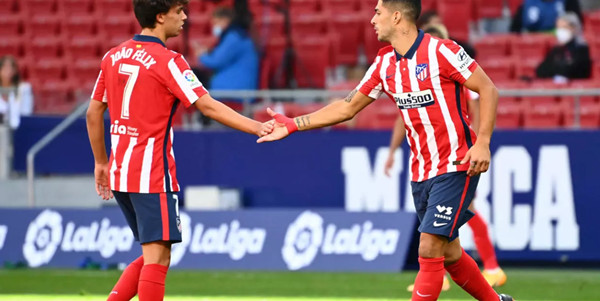